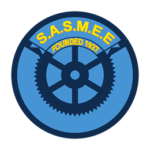 Aims
The objectives of the South Australian Society of Model and Experimental Engineers (SASMEE) is to create and maintain interest in model making of all types, small machine tools, tool making and experimental engineering connected to models. 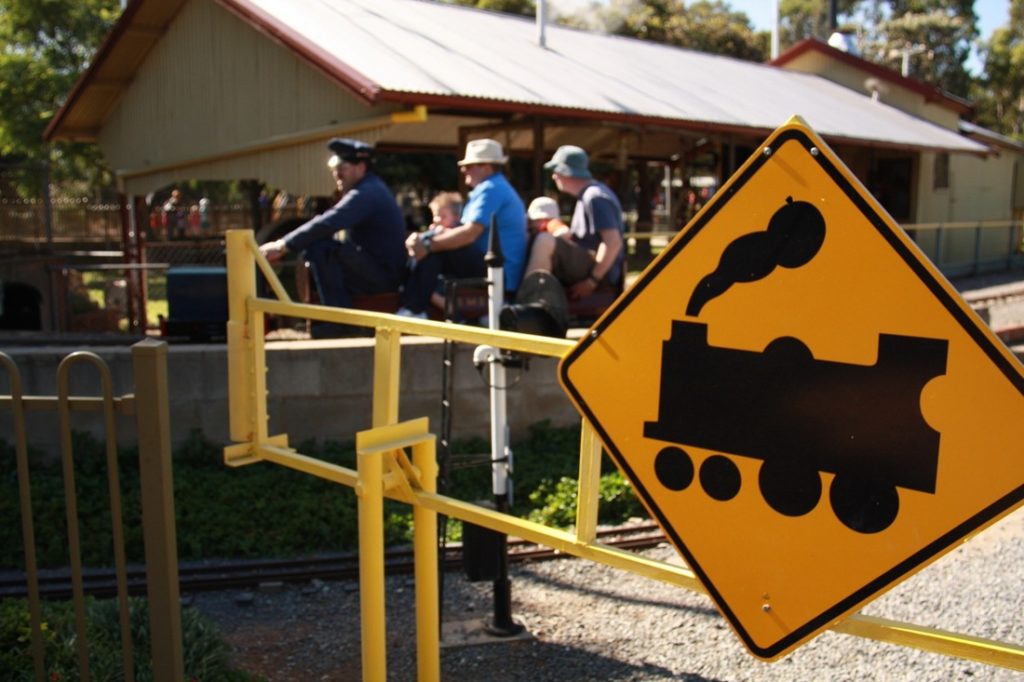 Come have fun at SASMEE Park!

History
The first meeting of the South Australian Society of Model and Experimental Engineers was held in 1927. A prominent early member was Fred Hercus; the Hercus name will be known to most who formerly studied metal work in schools and colleges as most training lathes carried the Hercus brand; they were built in Adelaide. In those days, the Society had no premises of its own, and meetings were held in various places, including the Adelaide University. 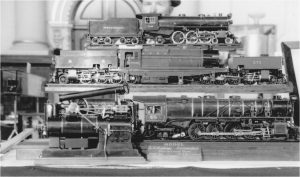 Displays at exhibitions showcased members’ efforts in the workshop

After using a portable track for many years successful negotiations with the South Australian Railways enabled the Society to get the use of the vacant land at the fork of the then Willunga and Hills railway lines. This land is elevated from its surrounds because it contains the spoil from the building of the Goodwood underpass. Part of the area was known to the local children as the “Goodie Bumps” as the spoil made a lovely bike ride, much like the BMX tracks of a later era. With the transfer of the SAR assets to the Commonwealth, and the State Transport Authority the land passed into the ownership of the STA, and eventually this was transferred to the Unley Council. SASMEE leases the property, and our Society volunteers maintain and improve the grounds. 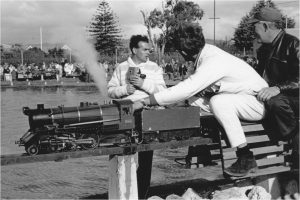 Over the years an elevated four gauge track was erected, the clubrooms built and the boating pond excavated. The site has been developed as a park like setting with facilities for the public, and with the planting of many trees, and lawn areas. 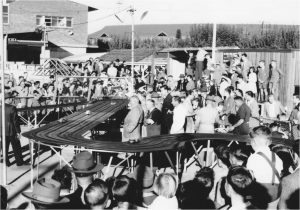 Miniature racing cars were very popular for a period up to the 1960s, attracting large crowds with their speed and noise.

The boiler house was erected to house a large coal fired model boiler. Later a vertical boiler replaced that, and more recently a horizontal boiler. Both of these were wood fired. In later years, a small gas fired commercial boiler has replaced the wood fired boiler. This was done to reduce effort on the members, and to provide a smoke free exhaust. 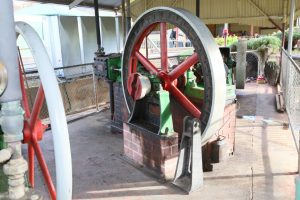 Some historical exhibits are located here, the oldest dating from the 1880s. There are two industrial engines from the former Brompton gas works, and a steam driven pump from a farm near Whyalla, together with a collection of working model beam, mill and vertical type engines. The current boiler supplies steam to operate the engines, and sometimes to blow the whistle.

Boats on the pond

In the 1960’s the rail track was considerably extended. More recently those tracks were lowered to ground level. A 7 ¼” gauge track was also laid down.

In 2013 we brought our garden railway to running condition. This railway attracts a lot of interest from young and old a like.

The grounds, lawns, trees and facilities are kept in top condition by members of the society at regular working bees. We have a bore which provides water for the lawns and the pond. 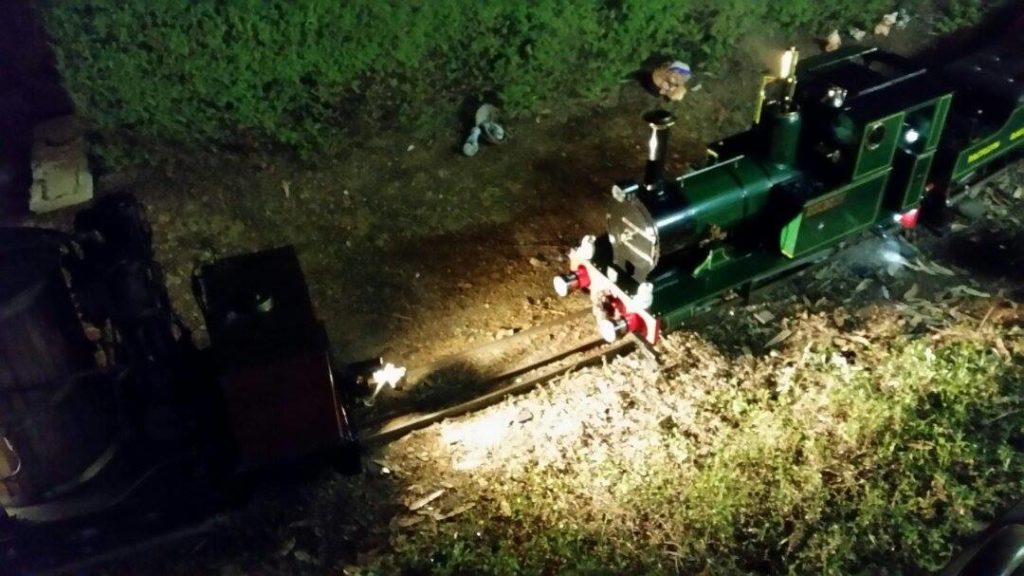 Locomotives
Locomotives range in size from the diminutive Juliet running on 3 ½” gauge to the massive Koppel running on 7 ¼” gauge, it is approximately one third full size. The power can be steam, internal combustion or battery/electric.

Diesel outline locos are generally of the battery electric type have all been built by members.

A small electric powered diesel outline loco can be purchased for approximately $2000. Steam locos range in price from $5000 to $30,000 depending on size, complexity and condition.

Steam locomotive boilers must be designed, built and tested to comply with the Australia Miniature Steam Boiler codes and must be routinely tested.

Membership
Membership is open to any person over the age of 14 who displays a genuine interest in model engineering. Applicants between the ages of 14 and 18 years are classified as Junior Members. Full Membership is over 18 years of age. Country and Family Members benefit from a reduced subscription.

The Society conducts a General Meeting on the second Tuesday of each month. The meeting starts at 8:00pm and the agenda includes business, lectures, films, videos and guest speakers.

Our steam engines are real, and create real sparks, soot and steam.
You must wear fully-enclosed footwear – you might get dirty!

Regular running days are held on the 1st Sunday and 3rd Saturday of each month.